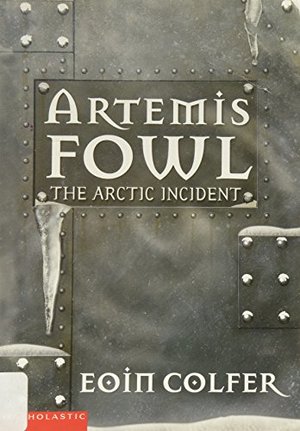 Eoin Colfer
At the start of his second adventure, Artemis is at boarding school in Ireland when he receives an urgent video e-mail from Russia. In it is a plea from a man who has been kidnapped by the Russian Mafiya - a man Artemis had thought he would never see again: his beloved father. As Artemis rushes to his rescue, he is stopped by a familiar nemesis, Captain Holly Short of the LEPrecon fairy police. But this time, instead of battling the fairies, he is going to have to join forces with them if he wants to save one of the few people in the world he loves.

@fourfreedoms
Reviewed: 2019-05-17
If you have time to read, and nothing other than this book available, you are likely better off spending that time in silent meditation, in my humble opinion. I found the writing to be of poor quality, and the constant proofs of the intelligence of the protagonist to be irritating and counter-productive.
Item Posts
@daisygirl88593y 4mo
completed ... on 2018-05-14
@daisygirl88593y 4mo
began ... on 2018-05-13
© 2021 libib.com / All rights reserved