Arm the Spirit: A Woman's Journey Underground and Back 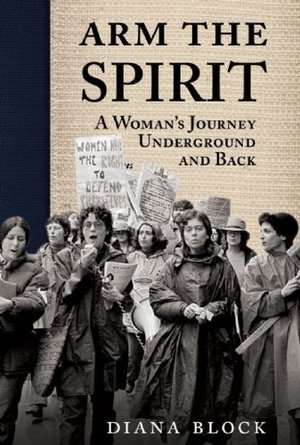 Diana Block
In June 1985, Diana Block, her two-week old son and five companions—all of them active in the struggle for Puerto Rican independence—fled L.A. after finding a surveillance device in their car. Facing the possibility of arrest because of her militant activities, Diana spent the next decade living underground, on the run from the FBI, raising two children and juggling security, solidarity and motherhood. In a perfect demonstration that the personal is political, Diana's memoir offers unique insights into the reasons why many people took up arms against the U.S. government in the 1960's and 1970's in response to racism, male supremacy and war. The book also traces Diana's political development on either side of her time underground, offering a fresh look at the history of the 1970's and an analysis of the social terrain of the 1990's when she resurfaced and tried to reintegrate into a very different world.Relayed with emotional depth and a poetic style, Arm the Spirit brings a woman's perspective to a subject typically dominated by heroic, male discourse. The book paints a vivid, complex picture of underground life and its many challenges. What is it like to raise children who don't know their mother's real name and birthday? How does it feel to see your own history distorted on an episode of "America's Most Wanted"? Which aspects of underground life are terrifying, which are stultifying, and which ultimately strengthen the spirit and will to resist? A captivating tale of struggle and solidarity - told from the inside.Diana Block has been an activist for thirty-eight years. She has written for political journals and women’s magazines and currently edits The Fire Inside, the newsletter of the California Coalition for Women Prisoners.