Animator's Survival Kit: A Manual of Methods, Principles and Formulas for Classical, Computer, Games, Stop Motion and Internet Animators, The 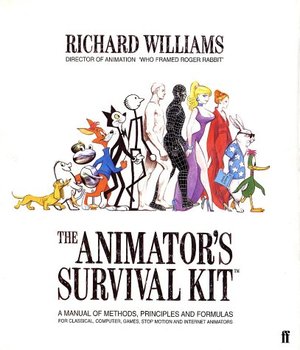 Richard Williams
The definitive working manual on animation, from the triple Academy Award winning Director of Animation of Who Framed Roger Rabbit.Animation is one of the hottest and most creative areas of film-making today-- and the master animator who bridges the old generation and the new is Richard Williams. During his more than forty years in the business, Williams has been one of the true innovators, and serves as the link between the golden age of animation by hand and the new computer animation successes.Perhaps even more important, though, has been his dedication to passing along his knowledge to a new generation of animators so that they in turn can push the medium in new directions.In this book, based on his sold-out Animation Masterclasses in the United States and across Europe attended by animators from The Walt Disney Company, PIXAR, DreamWorks, Blue Sky and Warner Bros, Williams provides the underlying principles of animation that every animator-- from beginner to expert, classic animator to computer animation whiz-- needs. Urging his readers to 'invent but be believable,' he illustrates his points with hundreds of drawings, distilling the secrets of the masters into a working system in order to create a book that will become the standard work on all forms of animation for professionals, students, and fans.