Band That Played On: The Extraordinary Story of the 8 Musicians Who Went Down with the Titanic, The 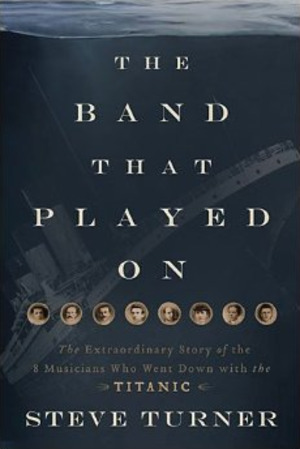 Steve Turner
The movies, the documentaries, the museum exhibits. They often tell the same story about the "unsinkable" Titanic, her wealthy passengers, the families torn apart, and the unthinkable end. But never before has "that glorious band" -- the group of eight musicians who played on as the Titanic slipped deeper and deeper into the Atlantic Ocean -- been explored in such depth. Steve Turner's extensive research reveals a fascinating story including dishonest agents, a clairvoyant, social climbers, and a fraudulent violin maker. Read what brought the band members together and how their music served as the haunting soundtrack for one of modern history's most tragic maritime disasters.