Cawnpore Man: A First Hand Account of the Siege and Massacre During the Indian Mutiny by One of Four Survivors, The 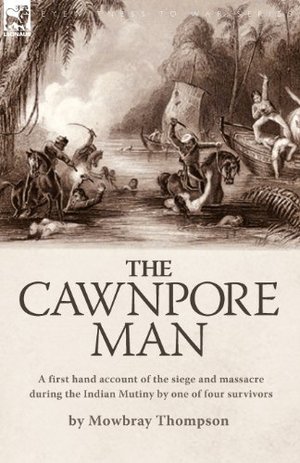 Mowbray Thompson
A story of siege, massacre and survival Mowbray Thompson was an officer -stationed at Cawnpore with Wheeler's command within the Indian North Eastern province of Oudh during 1857-the year of the outbreak of the Great Indian Mutiny. The tiny Cawnpore garrison was soon attacked-principally by elements of the Native Bengal Army-and withdrew to occupy an entirely unsuitable and ultimately impossible to defend position. After a period of bloody battle, costly in the lives of soldiers and civilians alike the situation seemed hopeless. Then an offer of honourable surrender appeared to offer the miracle of salvation. But the nightmare of the defenders of Cawnpore was about to escalate to levels of unimagined horror. A series of atrocities was about to befall them that were so terrible that they would become a rallying cry for Blood Vengeance throughout the British empire. This is story of one man-told in his own words-who lived through those terrible days.