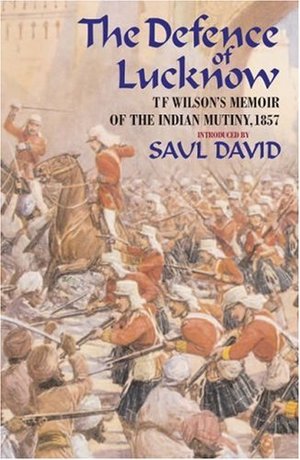 T.F. Wilson
About thirty of them lodged themseves in the ditch of the Cawnpore battery, within a few feet of our guns. A hand grenade was rolled over right into the centre of them, on which they bolted and ran back, exposed to a sharp fusillade from our people on the top of the brigade-mess. The Defence of Lucknow is a dramatic memoir of 1857, when the sepoy troops rose up against their colonial masters. The insurrection was one of the bloodiest in the British Empire s history. Staff Officer Wilson gives an extraordinary account of the residency compound siege in Lucknow, 300 miles south-east of Delhi. The pretext for revolt was the introduction of the new Enfield rifle. The rifles were rumoured to be lubricated with cow and pork fat and as such were offensive to Muslim and Hindu soldiers alike. On 10 May, incensed by the imprisonment of their comrades who had refused the cartridges, sepoy troops at Meerut shot their British officers, broke open the town jail and released their comrades. As the rebellion swept through northern India, the British moved quickly to fortify their position. With only 1,700 men, including loyal sepoys, the British fought off many ferocious attacks. The author describes the rebels desperate attempts to breach the walls, as well as their extensive use of tunnels. After ninety days, with the British reduced to just 600 soldiers, relief finally arrived. The garrison were able to make an orderly withdrawal to Cawnpore, which had just been retaken by the British. The response to the mutiny was fearsome. Reinforced by Gurkhas and the Queen s regiments fresh from the Crimea War, the British began a bloody campaign to re-establish their rule in India. Whole villages were hanged for real or imagined sympathy for the mutineers. Later, convicted mutineers were lashed to the muzzles of cannon and had a roundshot fired through their body a cruel punishment known by the Indians as the devil's wind .