1857: Essays from Economic and Political Weekly 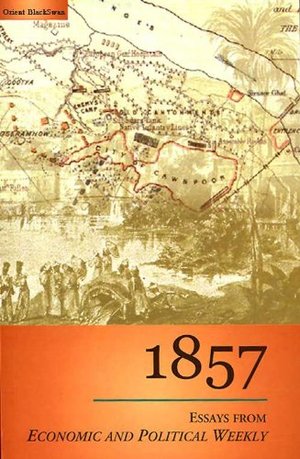 Banyopadhyay, Sekhar
This volume marks the sesquicentennial of the events of 1857, in which multi-pronged, widespread and in many instances, organised resistance broke out against the British across north India. The contributions in this volume look at several aspects of 1857, and assess its events not merely in terms of their immediately, but in the repercussions that they had politically, socially, and militarily. The essays look at how historiography has accorded its own interpretation to 1857 and its effects, an interpretation that is changing even today. The collection has been grouped into five sections, each of which explores diverse aspects of 1857. The first section looks at historical perspectives and is titled "Then and Now"; the second, "Sepoys and Soldiers" looks at the military aspects; the third, "The Margins" is from the point of view of Dalits; the fourth, "Fictional Representations" studies how 1857 has been depicted in literature; and the fifth, "The Arts and 1857" looks at 1857 as it has inspired films, music, and fine art. Held together with a preface by Sekhar Bandyopadhyay, the essays in this volume that range in theme and subject from historiography and military engagements, to the dalit viranganas idealised in traditional songs and the "unconventional protagonists" in mutiny novels converge on one common goal: to enrich the existing national debates on the 1857 Uprising.