Rum Diary: A Novel, The 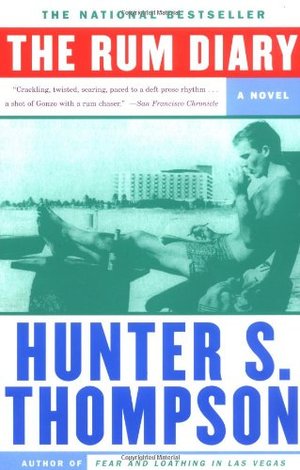 Hunter S. Thompson
Begun in 1959 by a twenty-two-year-old Hunter S. Thompson, The Rum Diary is a brilliantly tangled love story of jealousy, treachery, and violent alcoholic lust in the Caribbean boomtown that was San Juan, Puerto Rico, in the late 1950s. The narrator, freelance journalist Paul Kemp, irresistibly drawn to a sexy, mysterious woman, is soon thrust into a world where corruption and get-rich-quick schemes rule and anything (including murder) is permissible. Exuberant and mad, youthful and energetic, this dazzling comedic romp provides a fictional excursion as riveting and outrageous as Thompson’s Fear and Loathing books.

@michinio
Reviewed: 2020-06-09
Hunter Thompson under no psychedelic drugs is totally different author than him tripping. Even though now I advocate sober way of living, Hunter should have done and overdone all that crazy stuff he did! Because without that, this kind of literature would have been the only kind by him. Don't get me wrong - this novel is not bad at all! And Hunter is really as rebellious, as honest, as autobiographical as later he would be - but he lacks something... like... LSD, weed, cocaine, adrenochrome... because only alcohol is not enough to unlock REAL master of a pen in a journalist.

He writes still great, the story is also interesting... but Hunter is simply not crazy enough. Read this book only after you become die-hard fan, like me :)
Item Posts
No posts
© 2020 libib.com / All rights reserved