Amalgamation Schemes: Antiblackness and the Critique of Multiracialism 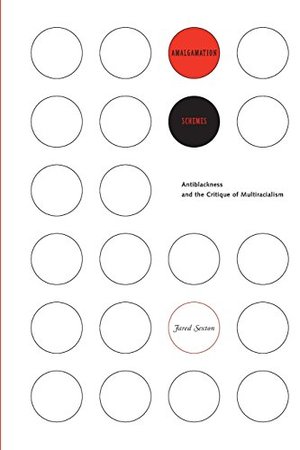 Jared Sexton
Despite being heralded as the answer to racial conflict in the post–civil rights United States, the principal political effect of multiracialism is neither a challenge to the ideology of white supremacy nor a defiance of sexual racism. More accurately, Jared Sexton argues in Amalgamation Schemes, multiculturalism displaces both by evoking long-standing tenets of antiblackness and prescriptions for normative sexuality. In this timely and penetrating analysis, Sexton pursues a critique of contemporary multiracialism, from the splintered political initiatives of the multiracial movement to the academic field of multiracial studies, to the melodramatic media declarations about “the browning of America.” He contests the rationales of colorblindness and multiracial exceptionalism and the promotion of a repackaged family values platform in order to demonstrate that the true target of multiracialism is the singularity of blackness as a social identity, a political organizing principle, and an object of desire. From this vantage, Sexton interrogates the trivialization of sexual violence under chattel slavery and the convoluted relationship between racial and sexual politics in the new multiracial consciousness. An original and challenging intervention, Amalgamation Schemes posits that multiracialism stems from the conservative and reactionary forces determined to undo the gains of the modern civil rights movement and dismantle radical black and feminist politics. Jared Sexton is assistant professor of African American studies and film and media studies at the University of California, Irvine.