City of Mirrors: A Novel (Book Three of The Passage Trilogy), The 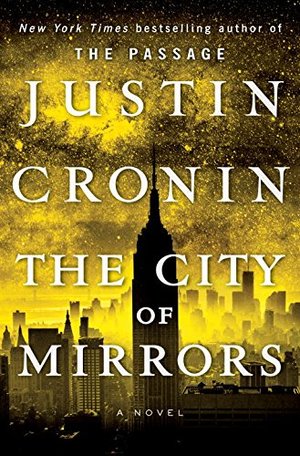 Justin Cronin
“A thrilling finale to a trilogy that will stand as one of the great achievements in American fantasy fiction.”—Stephen King   You followed The Passage. You faced The Twelve. Now enter The City of Mirrors for the final reckoning. As the bestselling epic races to its breathtaking finale, Justin Cronin’s band of hardened survivors await the second coming of unspeakable darkness.   The world we knew is gone. What world will rise in its place?   The Twelve have been destroyed and the terrifying hundred-year reign of darkness that descended upon the world has ended. The survivors are stepping outside their walls, determined to build society anew—and daring to dream of a hopeful future.   But far from them, in a dead metropolis, he waits: Zero. The First. Father of the Twelve. The anguish that shattered his human life haunts him, and the hatred spawned by his transformation burns bright. His fury will be quenched only when he destroys Amy—humanity’s only hope, the Girl from Nowhere who grew up to rise against him.   One last time light and dark will clash, and at last Amy and her friends will know their fate.  Advance praise for The City of Mirrors   “Justin Cronin’s Passage trilogy is remarkable for the unremitting drive of its narrative, for the breathtaking sweep of its imagined future, and for the clear lucidity of its language.”—Stephen King“Superb . . . This conclusion to bestseller Cronin’s apocalyptic thriller trilogy ends with all of the heartbreak, joy, and unexpected twists of fate that events in The Passage and The Twelve foreordained.”—Publishers Weekly (starred review)   “Readers who have been patiently awaiting the conclusion to Cronin’s sweeping postapocalyptic trilogy are richly rewarded with this epic, heart-wrenching novel. . . . Not only does this title bring the series to a thrilling and satisfying conclusion, but it also exhibits Cronin’s moving exploration of love as both a destructive force and an elemental need, elevating this work among its dystopian peers.”—Library Journal (starred review) Praise for Justin Cronin   “One of those rare authors who work on two different levels, blending elegantly crafted literary fiction with cliff-hanging thrills.”—Fort Worth Star-Telegram   The Passage   “Magnificent . . . Cronin has taken his literary gifts, and he has weaponized them. . . . The Passage can stand proudly next to Stephen King’s apocalyptic masterpiece The Stand, but a closer match would be Cormac McCarthy’s The Road.”—Time   “Read this book and the ordinary world disappears.”—Stephen King   “[A] big, engrossing read that will have you leaving the lights on late into the night.”—The Dallas Morning News   The Twelve   “[A] literary superthriller, driven at once by character and plot.”—The New York Times Book Review   “Gripping . . . Cronin [introduces] eerie new elements to his masterful mythology.”—The San Diego Union-Tribune   “An undeniable and compelling epic . . . a complex narrative of flight and forgiveness, of great suffering and staggering loss, of terrible betrayals and incredible hope.”—Milwaukee Journal Sentinel