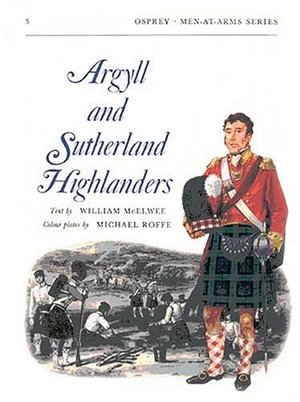 William McElwee
On 1 July 1881 Viscount Cardwell's wholesale reorganisation of the British Army brought into existence Priness Louise's Argyll and Sutherland Highlanders. Both had existed as separate regiments even before their official incorporation into the British Army and on the face of it, this seemed a highly improbable union, Being separated both geographically and historically - they had never even served together in the same theatre. Yet, as history has shown, this unlikely combination proved to be a tremendous success. William McElwee tells the story of this most famous of regiments which has served with distinction in World War I (1914-1918), World War II (1939-1945), and beyond.