After Silence: Rape & My Journey Back 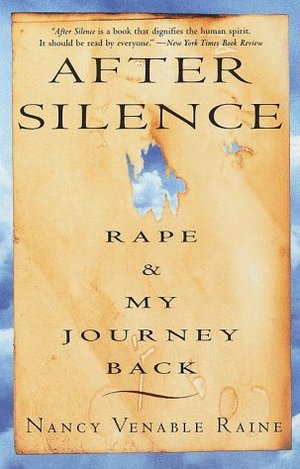 Nancy Venable Raine
"The words shut up are the most terrible words I know," writes Nancy Venable Raine. "The man who raped me spat these words out over and over during the hours of my attack--when I screamed, when I tried to talk him out of what he was doing, when I protested." It took Raine seven years before she could start to remove the chains those words had wrapped around her spirit by writing about how the anonymous assailant had transformed her forever. "I have noted what has come into my view as I go about my life," she says, "seeing the world through the eyes of a woman who remembers rape." Raine brings a poet's attention to language and imagery to her account, infusing After Silence with powerful immediacy. The reader is made to understand why an event as seemingly innocuous as a landlord asking for a spare set of keys to one's apartment can strike dread into one's heart. As Raine takes us through her personal journey of recovery, she also explores the shifting cultural consciousness toward rape, from the acknowledgement of posttraumatic stress suffered by rape victims to the portrayal of rape in movies. It's this willingness to interrogate the world around her, combined with an emotional honesty that portrays intimate drama without resorting to sensationalism, that makes After Silence one of the most important memoirs of the 1990s. --Ron Hogan