Chinese Tranformation of Buddhism, The 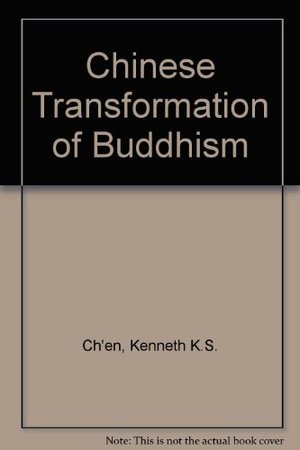 Kenneth Kuan Sheng Ch'en
When Buddhism was introduced into China at about the beginning of the Christian era, the Chinese were captivated at first by its overpowering world view. Consequently, Buddhism in China has usually been discussed in terms of the Indianization of Chinese life and thought, but Kenneth Ch'en shows that as Indian ideas were gaining ground the Chinese were choosing among them and modifying them to fit their situation. To demonstrate how the Chinese transformed Buddhism the author investigates its role in the ethical, political, literary, educational, and social life of the Chinese. Buddhism was able to gain a wide following by accommodating itself to Chinese ethical practices. The Buddhist monastic community submitted to the jurisdiction of the state and the monasteries also became integrated into the economic life of the empire through their ownership of land and their operation of industrial and commercial enterprises. Through an analysis of the work of a representative Chinese poet the author reveals the ways in which Buddhism came to be reflected in the literary life of China. Finally, he explores the methods used by the Buddhists to popularize their religion. Originally published in 1973. The Princeton Legacy Library uses the latest print-on-demand technology to again make available previously out-of-print books from the distinguished backlist of Princeton University Press. These paperback editions preserve the original texts of these important books while presenting them in durable paperback editions. The goal of the Princeton Legacy Library is to vastly increase access to the rich scholarly heritage found in the thousands of books published by Princeton University Press since its founding in 1905.