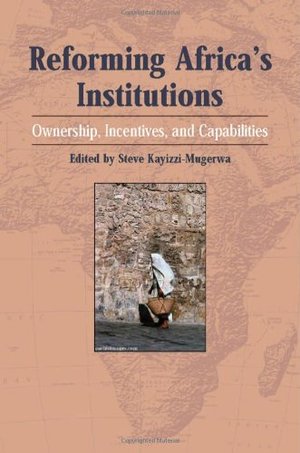 There is not a single African country that did not attempt public sector reform during the 1990s. Governments no longer see themselves as sole suppliers of social services, frequently opting for partnerships with the private sector. Efficiency and choice have entered the language of the planning and implementation units of Africa's line ministries, while privatization is no longer the controversial subject it was a decade ago. There have also been moves toward more open and democratic governments. Reforming Africa's Institutions looks at the extent to which public sector reforms undertaken in sub-Saharan Africa in recent years have enhanced institutional capacities across the breadth of government, and to what extent the reforms have been internalized and defended by governments. The book also reviews the impact of reforms on different African economies and questions whether "ownership" can be attained when countries continue to be heavily dependent on external support.