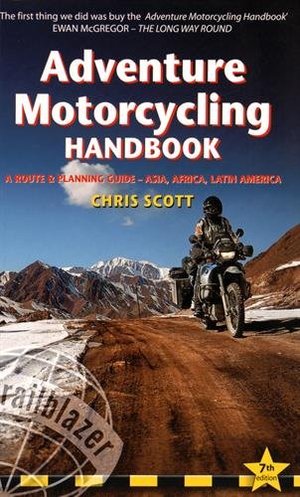 Chris Scott
25th anniversary edition of the Adventure Motorcycling Handbook‘The first thing we did was buy Chris Scott's 'Adventure Motorcycling Handbook’ Ewan McGregor, The Long Way Round‘Adventure motorcycling’ (a term Chris was credited with coining in the late 90s) has grown massively since the last edition of AMH. Now in its fourth decade, the much revised and expanded AMH7 catches up with all of it, covering among other things: