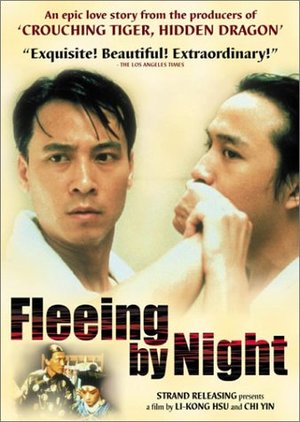 Chi Yin, Li-Kong Hsu
A woman discovers unexpected rivals for the affections of her fianc e in this drama from Taiwan set in the 1930s and 1940s. Hsu Shaodong (Huang Lei) is a gifted classical musician who is pledged to marry Wei Ying'er (Rene Liu), a young woman whose father owns a theater. However, Hsu Shaodong is attracted to Lin Chung (Yin Chao-te), a star vocalist with the Peking Opera, while Lin is infatuated with wealthy Huang Zilei (Tai Li-jen). While Wei Ying'er deeply loves Hsu Shaodong, as time passes she can't ignore his attraction to other men, which becomes all the more apparent after they leave China and emigrate to the United States. Ye Ben had its American premier at the 2000 Hawaiian Film Festival, where it was shown in competition. ~ Mark Deming, Rovi