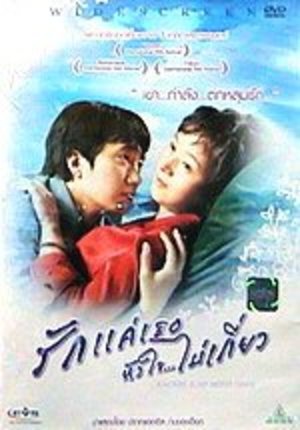 AWARD FROM 3 INTERNATIONAL FILM FESTIVAL PUSAN INTERNATIONAL FILM FESTIVAL ROTTERDAM INTERNATIONAL FILM FESTIVAL TOKYO INTERNATIONAL FILM FESTIVAL A slow-burning story of a graduate student who apprentices himself to the magazine editor that stole his girlfriend. The young man quickly becomes the trusted protege of his ostensible enemy, and even when he loses his new lover to the same man, what seems like a quest for revenge becomes something else altogether. Promising debut from one of South Korea's few female directors. As he tries to go on with his routine, an editor friend asks Wonsang to write a magazine article on Marguerite Duras that's late in coming, Wonsang agrees but finds out that the magazine publisher was the reason his girlfriend dumped him. When he delivers the article, the publisher, Han Yoonshik, mistakenly dresses Wonsang down for being the late writer. Rather than be angry, Wonsang asks for and gets the writing job. Yoonshik takes a liking to Wonsang and when Wonsang offers to be his driver, he readily agrees and Wonsang more and more also becomes Yoonshik's personal assistant. On assignment, Wonsang meets Park Sungyeon, a freelance photographer and part time veterinarian, and is immediately smitten by her full time free spirit. He persuades her to take a job at the magazine but soon Yoonshik stakes a claim on this new catch. Disturbed that he might lose out again to Yoonshik, Wonsang begs Sungyeon not to sleep with Yoonshik and Sungyeon finds herself drawing closer to Wonsang. One night Wonsang finds Hyeok distraught over her family troubles, and has sex with her. The next day she pronounces that she is probably pregnant and announces their marriage plans. Yoonshik's needs also take up more of Wonsang's time and as a result he fails his thesis exam and his plans to study abroad are dashed. And his ex-girlfriend threatens to tell Yoonshik who Wonsang really is??