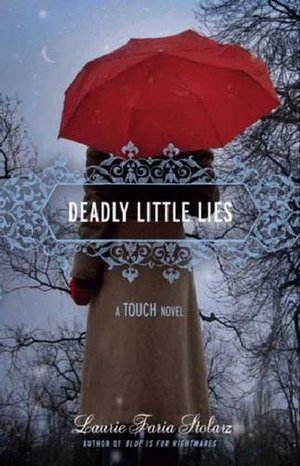 Laurie Faria Stolarz
Last fall, Camelia fell for Ben, the mysterious new boy at school with a very mysterious gift--pyschometry, the ability to sense the future through touch. But just as Camelia and Ben's romance began to heat up, he abruptly left town. Brokenhearted, Camelia has spent the last few months researching psychometry, and experiencing her own strange brushes with premonition. Even once Ben returns, Camelia can't get close enough to share her secret with him. Despite the romantic tension between them, Ben remains aloof, avoiding contact. Then when a series of eerie notes echoes the threats of last semester--and Ben keeps his distance--Camelia makes the painful decision to move on. Her hot new co-worker, Adam, seems good for her in ways Ben wasn't. But when Camelia and Adam start dating, a chilling sequence of events upturns secrets from Ben's past--and Adam's. Someone is lying, and it's up to Camelia to figure out who-before it's too late.