Adam Gilchrist: The Man, The Cricketer, The Legend 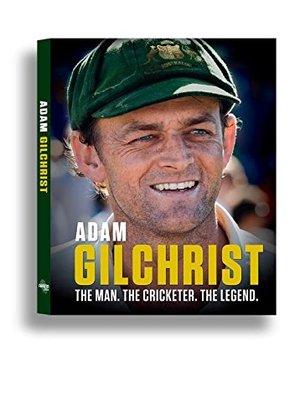 Adam Gilchrist
Going in first or seventh, wearing whites or colours, Adam Gilchrist was the most exhilarating cricketer of the modern age. This is the most complete, intimate and fascinating illustrated autobiography of 'Gilly', one of the most loved sportsmen of his generation. Featuring personal photographs, stories and precious keepsakes from Gilchrist's private life and illustrious career, this book provides unprecedented access to Gilly, on and off the field. Peppered with anecdotes, reflections and jibes from friends, family and many of the biggest names in Australian and world cricket, this is the ultimate collection for sporting enthusiasts. About the Author Many critics believe Adam Gilchrist is the greatest wicketkeeper/batsman to have played the game, but Adam's huge popularity does not rest solely on his incredible track record. To his millions of fans around the world, it is the way he plays the game - rather than simply the sum of his achievements - that marks him out as one of the best-loved cricketers of his generation. He is both a swashbuckling batsman and record-breaking wicketkeeper, yet perhaps his true impact has come from the manner in which he plays his cricket - with an integrity and sense of values that many thought had departed the game forever.