Cinema by the Bay 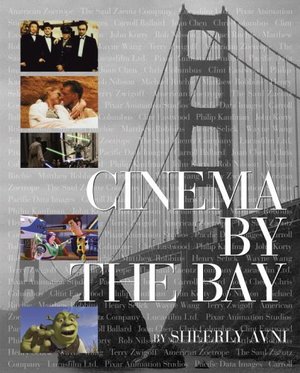 Sheerly Avni
What do Apocalypse Now, One Flew Over the Cuckoo's Nest, Star Wars, The Incredibles, Shrek, High Plains Drifter, Never Cry Wolf, Mrs. Doubtfire and The Right Stuff have in common? These great post '60s full length feature films, and many others, were produced by the five movie studios located in the Bay Area or directed by independent filmmakers living and working in Northern California. In the early '70s the Bay Area film community exploded with a proliferation of California-schooled independent filmmakers and the founding of several new studios--American Zoetrope, The Saul Zaentz Company and Lucasfilm Ltd. With the formation of Pixar and PDI studios, the '80s welcomed yet another fresh pool of talent­many of whom were recent graduates of the California Institute of the Arts and Stanford where they had studied experimental animation. Over the years, many factors and influences have caused such an eclectic group of filmmakers to gravitate towards the Bay Area: the talented community of artists, the proximity to Stanford, the tech companies of Silicon Valley, even the uncommonly beautiful light has played a part. Some came, like Francis Ford Coppola and George Lucas, with a vision to create a film studio away from the traditional pressures of Hollywood, following in the footsteps of John Korty. Some, like Phil Kaufman, were drawn to the area's writers, such as Henry Miller. And some were born here, and stayed because, as Clint Eastwood says, "Where you're born sort of becomes your roots." However they ended up here, all of the Bay Area filmmakers share one driving quality: they love making movies on their own terms and according to their own vision.