Alice's Adventures in Wonderland & Through the Looking-Glass (Macmillan Collector's Library) 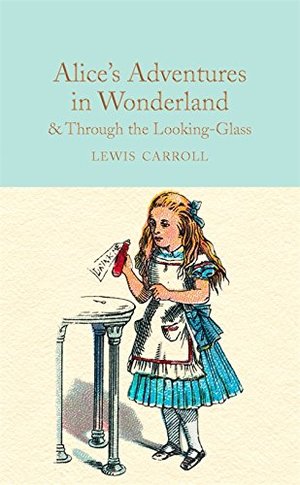 Lewis Carroll
Charles Lutwidge Dodgson (alias Lewis Carroll) was an interesting and idiosyncratic character, to say the least. He was a mathematics lecturer at Cambridge University and a deacon in the Anglican Church. Obviously a very bright man he suffered from physical impairments such as partial deafness and a stammer which, perhaps, made him reserved and slightly aloof from the society of the day. He also had a predilection for young female companionship, which would seem highly contentious to us today but was, perhaps, more acceptable (and possibly entirely innocent) in the latter part of the 19th century. The books can be read on a number of levels. They originally emerged from a boat trip that Dodgson took with a family he knew (the Liddells) including their three daughters and he told them a tale to while away the journey. The children were so taken with it that they asked him to write it down - and so the legend began. It is quite possible that, initially, Dodgson has simply intended the tale to be a children's story for their amusement; but when he set about writing it down, expanding and structuring it he introduced some darker, perhaps even sinister elements to the tale. His penchant for logic, dry humour and nonsense pervades the stories but there is also a suggestion of themes running through the books. Inevitably the states of childhood and maturity feature strongly given Dodgson's own situation and the nature of his relationships with both adults and children. The topsyturvy nature of Wonderland could be seen as a commentary on the outside world where the child, Alice, seems to be the only sane and sensible person around. Dodgson himself seemed to live more in a child's world than adults. The nature of his occupations - in academia, the church and finally writing - would all serve to contain him in an unreal existence, somewhat separate from the harsh truths of the world around him. Perhaps it was all an acting out of his own fantasy - a world full of conundrum