Doctor Who: Shada: The Lost Adventure by Douglas Adams 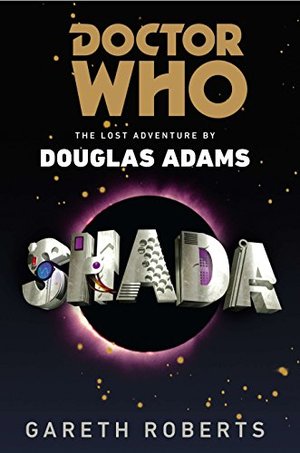 Gareth Roberts
From the unique mind of Douglas Adams, legendary author of The Hitchhiker's Guide to the Galaxy, comes  Shada, a Doctor Who story scripted for the television series Doctor Who, but never produced--and now, transformed into an original novel... A little knowledge is a dangerous thing Imagine how dangerous a LOT of knowledge is... The Doctor's old friend and fellow Time Lord Professor Chronotis has retired to Cambridge University, where among the other doddering old professors nobody will notice if he lives for centuries. He took with him a few little souvenirs--harmless things really. But among them, carelessly, he took The Worshipful and Ancient Law of Gallifrey. Even more carelessly, he has loaned this immensely powerful book to clueless graduate student Chris Parsons, who intends to use it to impress girls. The Worshipful and Ancient Law is among the most dangerous artifacts in the universe; it cannot be allowed to fall into the wrong hands. The hands of the sinister Time Lord Skagra are unquestionably the wrongest ones possible. Skagra is a sadist and an egomaniac, bent on universal domination. Having misguessed the state of fashion on Earth, he also wears terrible platform shoes. He is on his way to Cambridge. He wants the book. And he wants the Doctor...