Nightmare in Wichita: The Hunt For The BTK Strangler 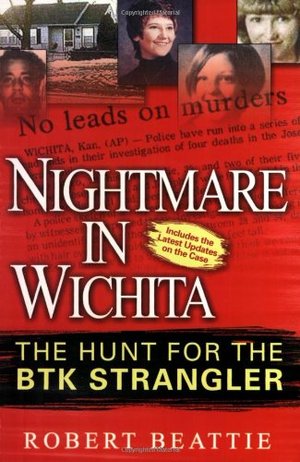 Robert Beattie
THE FIRST BOOK to tell the tale of the BTK serial killer-written by the lawyer who assisted the police during the thirty-year search and was instrumental in the long-awaited arrest. In 1974 a serial killer began a fourteen-year murder spree in Wichita, Kansas. Joining the ranks of Ted Bundy, the elusive sex murderer taunted authorities with clues, puzzles, and obscene letters. Then in 1988, he vanished, the killings stopped, and one of the longest and most baffling manhunts in the annals of crime came to a dead end. But in 2004, a letter- and a grisly clue-arrived at a local Wichita paper. And with it, a terrifying implication: BTK was back. Now, Robert Beattie delves for the first time into one of the most intriguing, and horrifying serial murder cases in American history. - Includes an Afterword by the author with up-to-the-minute information-including the capture of the alleged killer - Robert Beattie, a life-long Wichita resident, had unique access to the families of the victims - Beattie has been following the case since the 1970s - Some people close to the case have speculated that this book was, in part, what prompted the BTK killer to resume contact with the police and media in 2004 after nearly 25 years of silence. Obsessed with publicity, experts believe BTK was jealous of the attention author Robert Beattie was receiving as a result of writing Nightmare in Wichita, thus provoking him to send a letter to the Wichita Eagle