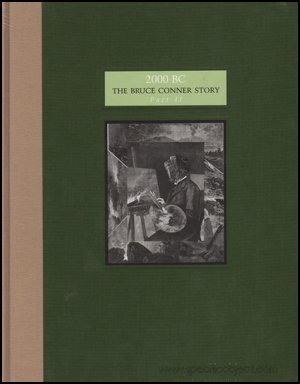 Bruce Conner
Bruce Conner (1933-2008) first came to prominence in the late 1950s as a leader of the assemblage movement in California. Conner had close ties with poets of the San Francisco Renaissance (particularly Michael McClure) as well as with artists such as Wallace Berman, George Herms, Jess and Jay DeFeo. Conner's use of nylon stockings in his assemblages quickly won him notoriety, and saw his work included in Peter Selz's classic 1961 Art of Assemblage show at MoMA. Around this time, Conner also turned to film-making, and produced in swift succession a number of short films that helped to pioneer the rapid edit and the use of pop music among independent film-makers. Conner's innovative editing techniques and decidedly dark vision of American culture laid the foundation for later Hollywood directors such as Dennis Hopper (a friend and collaborator of Conner's, who frequently acknowledged his influence) and David Lynch. A long overdue and significant addition to the understanding of twentieth-century American art and cinema, 2000 BC: The Bruce Conner Story Part II represents the most comprehensive book to date on Conner's work from the 1950s to the present. The authors elucidate Conner's work in film, assemblage, drawing, printmaking, collage,and photograms, as well as his more ephemeral gestures, actions, protests and "escapes" from the art world. This beautifully designed clothbound monograph is a landmark publication for anyone interested in contemporary art, film, culture and the Beat era.