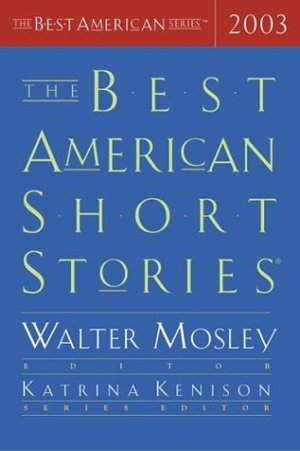 These twenty short stories boldly and insightfully explore the extremes of human emotions. In her story "Night Talkers," Edwidge Danticat reunites a young man and the elderly aunt who raised him in Haiti. Anthony Doerr brings readers a naturalist who discovers the surprising healing powers of a deadly cone snail. Louise Erdrich writes of an Ojibwa fiddler whose music brings him deep and mysterious joy. Here are diverse and intriguing characters -- a kidnapper, an immigrant nanny, an amputee blues musician -- who are as surprised as the reader is at what brings them happiness. In his introduction, Walter Mosley explores the definition of a good short story, and writes, "The writers represented in this collection have told stories that suggest much larger ideas. I found myself presented with the challenge of simple human love contrasted against structures as large as religion and death. The desire to be loved or to be seen, represented on a canvas so broad that it would take years to explain all the roots that bring us to the resolution." Each of these stories bravely evokes worlds brimming with desire and loss, humanity and possibility.Since its inception in 1915, the Best American series has become the premier annual showcase for the country's finest short fiction and nonfiction. For each volume, a series editor reads pieces from hundreds of periodicals, then selects between fifty and a hundred outstanding works. That selection is pared down to twenty or so very best pieces by a guest editor who is widely recognized as a leading writer in his or her field. This unique system has helped make the Best American series the most respected -- and most popular -- of its kind. Lending a fresh perspective to a perennial favorite, Walter Mosley has chosen unforgettable short stories by both renowned writers and exciting newcomers. The Best American Short Stories 2003 features poignant tales that explore the nuances of family life and love, birth and death. Here are stories that will, as Mosley writes in his introduction, "live with the reader long after the words have been translated into ideas and dreams. That's because a good short story crosses the borders of our nations and our prejudices and our beliefs."Dorothy Allison Edwidge Danticat E. L. Doctorow Louise Erdrich Adam Haslett ZZ Packer Mona Simpson Mary Yukari Waters

This collection has absolutely beautiful stories.