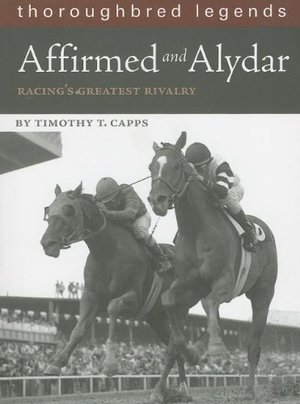 Timothy T Capps
The greatest rivalry in modern Thoroughbred racing history began with little fanfare on June 15, 1977. The more experienced Affirmed defeated Alydar, who was making his racing debut in the Youthful Stakes at Belmont Park. In nine subsequent meetings, Affirmed got the better of Alydar six times, often by just inches. Their meetings, especially during the Triple Crown season of 1978, became the stuff of racing lore. Affirmed claimed the Triple Crown, but Alydar tested him to the limits each time in stirring stretch drives that left onlookers limp. Indeed, many racing historians consider their Belmont Stakes to be the greatest race of the 20th century. Author Tim Capps, who witnessed many of the Affirmed-Alydar races, chronicles their early years, first encounters, and epic clashes. He also tells the stories of the people who raised, trained, and rode these titans.