Archaeology of Minnesota: The Prehistory of the Upper Mississippi River Region 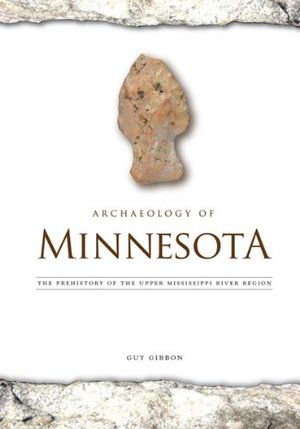 Guy Gibbon
Histories of Minnesota typically begin with seventeenth-century French fur traders exploring the western shores of Lake Superior. And yet, archaeology reveals that Native Americans lived in the region at least 13,000 years before such European incursions. Archaeology of Minnesota tells their story—or as much as the region’s wealth of artifacts, evidence of human activity, and animal and plant remains can convey.From archaeological materials, Guy Gibbon reconstructs the social, economic, and political systems—the lifeways—of those who inhabited what we now call Minnesota for thousands of years before the first contact between native peoples and Europeans. From the boreal coniferous forests to the north, to the tall grass prairie to the west and southwest, to the deciduous forest to the east and southeast, the richly diverse land of the upper Mississippi River region, crossed and bordered by all manner of waterways, was a virtual melting pot of prehistoric cultures.Demonstrating how native cultures adapted and evolved over time, Gibbon provides an explanation that is firmly rooted in the nature of local environments. In doing so, he shows how the study of Minnesota archaeology is relevant to a broader understanding of long-term patterns of change in human development throughout the world.