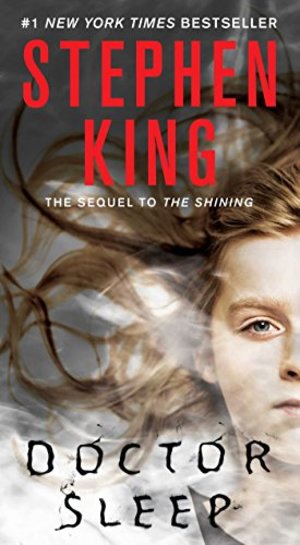 Stephen King
Master storyteller Stephen King’s terrifying sequel to The Shining—an instant #1 New York Times bestseller that is "[a] vivid frightscape" (The New York Times).On highways across America, a tribe of people called the True Knot travel in search of sustenance. They look harmless—mostly old, lots of polyester, and married to their RVs. But as Dan Torrance knows, and spunky twelve-year-old Abra Stone learns, the True Knot are quasi-immortal, living off the steam that children with the shining produce when they are slowly tortured to death. Haunted by the inhabitants of the Overlook Hotel, where he spent one horrific childhood year, Dan has been drifting for decades, desperate to shed his father’s legacy of despair, alcoholism, and violence. Finally, he settles in a New Hampshire town, an AA community that sustains him, and a job at a nursing home where his remnant shining power provides the crucial final comfort to the dying. Aided by a prescient cat, he becomes “Doctor Sleep.” Then Dan meets the evanescent Abra Stone, and it is her spectacular gift, the brightest shining ever seen, that reignites Dan’s own demons and summons him to a battle for Abra’s soul and survival. This is an epic war between good and evil, glorious story that will thrill the millions of devoted readers of The Shining and satisfy anyone new to this icon in the Stephen King canon.

If you've read many of the reviews for this book you will notice a few changes between the ARC and the finished novel. One major change is the length. The ARC was over 600, the completed work was over 500. I think it still should have been edited down. There's too many AA meetings where nothing much happens and doesn't further the plot. Also, why must we have so many pages devoted to Dan walking out on the coke head and her son? We get it, he feels guilty. So why so many pages?

Also, if you're familiar with this book you'll know that it was supposed to be a sequel to The Shining. Before reading Doctor Sleep the only other book I've read by King was The Shining. And it is one of my favourite horror books. Ask me for a book recommendation for Halloween, or just good horror and The Shining is going to be one of two books I will thrust into your hands. (The other being The Haunting of Hill House (the book King admits to influencing The Shining). This not really not a sequel. Sure Danny (Dan) Torrence, Wendy and Dick Holloran are in the book, and the Overlook continues to make it's presence felt, but there really doesn't feel like a connection between the two books.

Normally, when I dislike a book I know somewhere between page 20 - 80. It wasn't until I'd read over 200 pages in that the questions began. The Overlook wanted Danny's shine to boost it's spook factor. If Danny was so powerful that a haunted hotel was prodding Daddy dear into killing his son how is it that the True Knot never picked up on him? The True Knot, for those who may not know, are vampires that such the shine from children. Danny and Wendy moved over the US as did the True so how was he able to stay hidden from them?