Anza Trail and the Settling of California, The 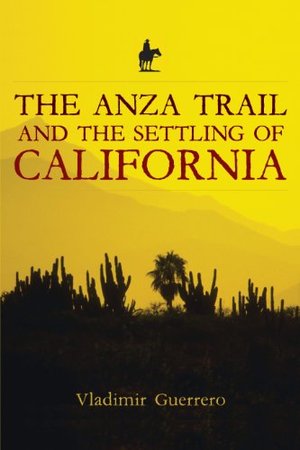 Vladimir Guerrero
The epic true story of the journey to colonize San FranciscoIn 1774, as the American colonies were preparing to break away from the powerful British crown, Spain was trying to strengthen its hold on Alta California. The Spanish viceroy of Mexico sent Juan Bautista de Anza, captain of the Presidio at Tubac (in what is now Arizona), to lead two expeditions: the first to find a safe overland route to Monterey, and the second to return Anza to California with 240 men, women, and children to establish a colony in San Francisco. But where the Mayflower had carried only Anglo passengers, the Anza expeditions brought together a diverse group, including Spaniards, criollos (American-born Spaniards), mestizos (mixed-race ''citizens''), and Native Americans. And whereas the United States'’ policy of manifest destiny had led to the subjugation and extermination of native peoples on the continent, New Spain's needs demanded a more mixed--even tolerant--society. The Anza Trail and the Settling of California synthesizes firsthand documents and diaries from the Anza expeditions to retell the story of the exploration of the Southwest and the settlement of the San Francisco Bay Area. But it also tells, on a more personal level, the story of four very different characters--Anza, the criollo commander; his partner, Francisco Garcia, a Spanish priest and explorer; Sebastian Tarabal, a Native American and accidental guide; and Salvador Palma, chief of the Yuma nation--men who overcame and in many cases benefited from their differences to ensure the success of the expeditions. Vladimir Guerrero's original translations and fresh commentary illuminate this little-known chapter in the history of American immigration.