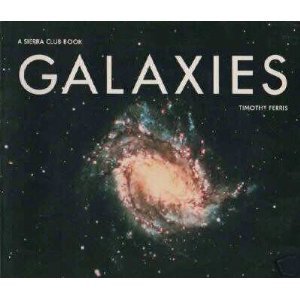 Timothy Ferris
Beyond the Milky Way and toward infinity, Timothy Ferris navigates an exploration of the universe, guided by stars and galaxies that have been photographed through telescopes at the greatest observatories in the world. The book celebrates the wonder and the power of the cosmos in these photographs, which take you through silvery star clusters and vast red, exploding nebulae toward blue quasars 15 billion light years away. Revealing not only the ingredients of our own galaxy, the Milky Way, Ferris' vivid text also visits local galaxies, such as the Magellanic Clouds, the Andromeda, and the Sculptor and Fornax dwarves. The author then proceeds to discuss the elliptical, spiral and even violent aspects of galaxies, concluding with an examination of cosmology, which adresses such subjects as the geometry of space and time.