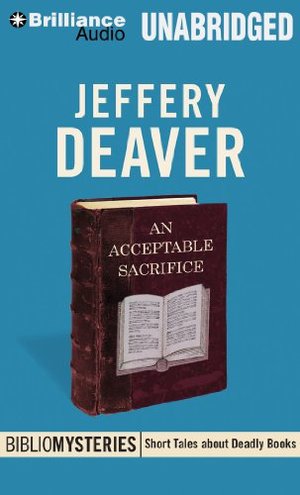 Jeffery Deaver
Short tales about deadly books, by top mystery authors. A pair of federal agents from either side of the US-Mexico border target a cartel kingpin. They call him "Cuchillo", the Knife. Not because he kills with a blade - he has plenty of men to do that kind of work for him - but because his mind is so sharp. As Mexico’s government wages war on the drug cartels, it takes brains to survive, and Cuchillo has not just survived - he has prospered. But when Cuchillo begins to cut too deeply, the federal police of both the United States and Mexico step in to dull his blade. P. Z. Evans and Alejo Daz know the Hermosillo cartel is planning an attack on a tourist bus in Sonora, and they know they will have to capture or kill Cuchillo to stop it. The cartel leader has one weakness: rare, old books. To destroy the intellectual’s evil empire, this unlikely pair of international police will have to appeal to his inner bibliophile.