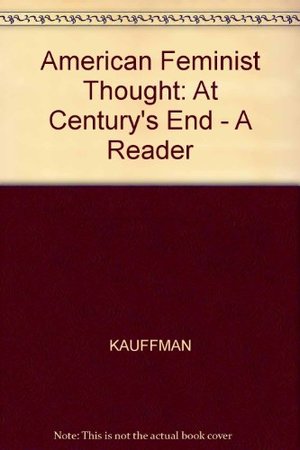 This collection of essays, contributed by some of America's leading feminist writers, charts the terrain of American feminism from 1982 to 1992. The book also provides important pointers for new research that will continue to be followed in the next century. Covering a broad range of subjects and a diversity of approaches, it demonstrates just how far American feminism has come in the past decade in developing distinctive and sophisticated strategies for combining theory with practice. While many of the writers have made their careers within the academy, their interests are never exclusively academic. Indeed, at the heart of this book lies a broad concern with the key social issues of our day. Thus, Catharine MacKinnon writes on sex equality under the law; Cynthia Enloe on international feminist politics; bell hooks on representations of black sexuality in cinema; and Donna Haraway describes how the construction of the body and gender in postmodern culture has been drastically transformed by biological and technological advances. The selection also includes essays by Gayle Rubin, Tania Modleski, Rey Chow, Trinh Minh-ha, Sandra Harding, Judith Stacey and Barrie Thorne, Evelyn Fox-Keller, Joan Wallach Scott, Linda S. Kauffman, Paula Treichler, Angela Davis, Gloria Anzaldua and Jean Bethke Elshtain. Linda S. Kauffman is the author of "Discourses of Desire: Gender, Genre and Epistolary Fictions" and "Special Delivery: Epistolary Modes in Modern Fiction". She has also edited two collections of essays "Gender and Theory" and "Feminism and Institutions". The book should be of interest to teachers and students of women's studies, sociology, literature, politics, American studies and cultural studies.