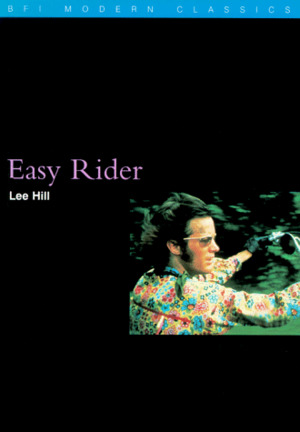 Lee Hill
Released in 1969, Easy Rider broke the mold of Hollywood studio production, making stars of Peter Fonda, Dennis Hopper, and Jack Nicholson and launching a new wave of radical and experimental American cinema. Easy Rider was one of the crucial films of the late 60s, a film that enshrined the ideals of the counterculture but also foresaw the demise of these ideals in the despair and paranoia of a nation rocked by Watergate and the Vietnam War. It was a seminal road movie and a massive financial success that spawned endless imitations. Few films since have been able to catch its particular blend of innocence and cynicism, hope and despair. In his meticulously researched book, Lee Hill analyzes both the circumstances surrounding the making of Easy Rider and the social and cultural forces that found expression in it. Hill persuasively argues that the role of illustrious screenwriter Terry Southern in Easy Rider has been neglected as the exact circumstances of production, filming, and editing have become lost in mythmaking. Referring to little known archival material, Hill questions some of the legends that surround Easy Rider.