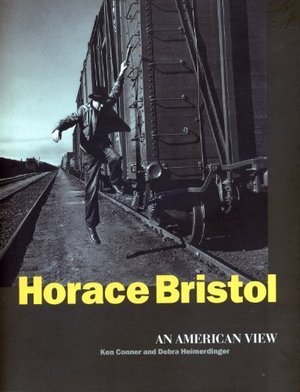 Ken Conner, Debra Heimerdinger
In the tradition of the great photographic populists Alfred Eisenstaedt and Dorothea Lange, Horace Bristol used his camera to record the human, intimate moments in the grand sweep of history. Bristol's American view included the best and the worst of this century, from poignant images of the urban poor and migrant farm workers during the Depression to the battle scenes of World War II and compelling portraits of post-war Japan and Southeast Asia.One of the first photographers for LIFE magazine, Bristol was tireless in his pursuit of the revelatory image. Wildly prolific in the thirties and forties, he later gave up photography, and his work languished in obscurity for nearly thirty years. Recently rediscovered, Bristol has come to be recognized as one of the most important photographers of the twentieth century.This volume presents over one hundred twenty exquisitely reproduced duotone images by Bristol, ranging from his early San Francisco photographs to his last work, taken in Southeast Asia. Combining aesthetic purity with human interest, Horace Bristol's pioneering photography is imbued with an accuracy, strength of composition, and humility that is as striking today as it was groundbreaking in its time.