Theban Plays of Sophocles (The Yale New Classics Series), The 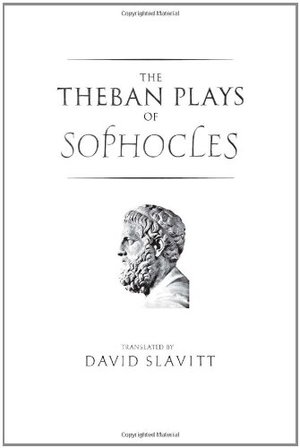 Sophocles
In this needed and highly anticipated new translation of the Theban plays of Sophocles, David R. Slavitt presents a fluid, accessible, and modern version for both longtime admirers of the plays and those encountering them for the first time. Unpretentious and direct, Slavitt’s translation preserves the innate verve and energy of the dramas, engaging the readeror audience memberdirectly with Sophocles’ great texts. Slavitt chooses to present the plays not in narrative sequence but in the order in which they were composedAntigone, Oedipus Tyrannos, Oedipus at Colonusthereby underscoring the fact that the story of Oedipus is one to which Sophocles returned over the course of his lifetime. This arrangement also lays bare the record of Sophocles’ intellectual and artistic development.Renowned as a poet and translator, Slavitt has translated Ovid, Virgil, Aeschylus, Aristophanes, Ausonius, Prudentius, Valerius Flaccus, and Bacchylides as well as works in French, Spanish, Portuguese, and Hebrew. In this volume he avoids personal intrusion on the texts and relies upon the theatrical machinery of the plays themselves. The result is a major contribution to the art of translation and a version of the Oedipus plays that will appeal enormously to readers, theater directors, and actors.