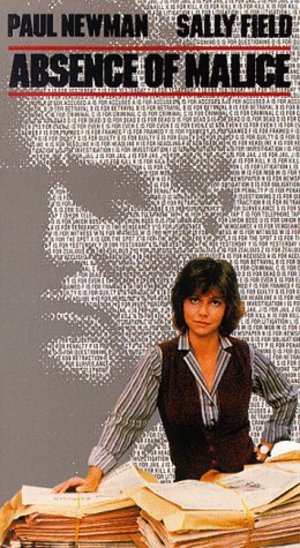 Sydney Pollack
The ethics of the press are roundly slapped around in an entertaining if not always believable drama from director Sydney Pollack. Sally Field is the Miami reporter who is set up to leak information on a dead-end murder investigation. A sneaky government official (a marvelous, rubber-band-spinning Bob Balaban) provides the information that implies liquor distributor Paul Newman is under investigation. When the story runs, it uncorks a legal quagmire that puts the spotlight on presumably innocent lives. As the lawyers explain, the paper's story is accurate, even though it may be untrue. The details of the story are sharply drawn by first-time screenwriter and former reporter Kurt Luedtke (who later went on to win an Oscar scripting Pollack's Out of Africa); the film could be used in a Media Ethics 101 class. Newman secretly counterattacks in a clever plot to derail the process that quickly encompasses his jittery friend (Oscar nominee Melinda Dillon). Field's continuing ethical gaps--including falling in love with her subject--stretch the film's credibility. Then again, who wouldn't fall for Paul Newman in the Florida sun? --Doug Thomas