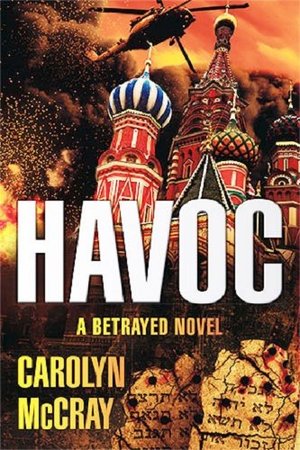 Carolyn McCray
A paleo-archaeologist and her ex-lover, a Special Forces soldier, team up to uncover a millennia-old conspiracy, only to be targeted by the deadly cult guarding the true contents of the original Ten Commandments. The biblical account of Moses receiving the Ten Commandments from God has the holy man descending from Mount Sinai with two stone tablets. But what's been left out is that the Ten Commandments only filled a single tablet. So what was on the second? Paleo-archaeologist Dr. Rebecca Monroe is researching biblical artifacts when terrorists attack her London research facility. She survives thanks only to her past—and currently estranged—lover, Special Forces sergeant Vincent Brandt. But their safety is short-lived as the pair discovers they're the prime targets of the Disciples of the Stone, an ancient cult that guards the mysterious second stone tablet and believes Rebecca’s knowledge jeopardizes a secret that has lasted millennia. Pursued from London to Moscow to the Middle East, Rebecca and Brandt race to uncover the hidden tablet and discover its devastating truth, which threatens to unravel the faith of billions. But as their dangerous mission draws the former lovers together once more, it's Rebecca's and Brandt's faith in each other that faces the biggest test.