Queen of Shadows (Throne of Glass) 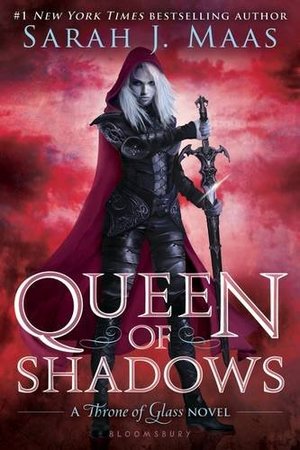 Sarah J. Maas
Sarah J. Maas's New York Times bestselling Throne of Glass series reaches new heights in this sweeping fourth volume.Everyone Celaena Sardothien loves has been taken from her. But she's at last returned to the empire-for vengeance, to rescue her once-glorious kingdom, and to confront the shadows of her past...She has embraced her identity as Aelin Galathynius, Queen of Terrasen. But before she can reclaim her throne, she must fight. She will fight for her cousin, a warrior prepared to die just to see her again. She will fight for her friend, a young man trapped in an unspeakable prison. And she will fight for her people, enslaved to a brutal king and awaiting their lost queen's triumphant return.Celaena's epic journey has captured the hearts and imaginations of millions across the globe. This fourth volume will hold readers rapt as Celaena's story builds to a passionate, agonizing crescendo that might just shatter her world.

Magic is finally free in Adarlan and OMG!!!! This book gave me feels and so much thrills as you read throughout. 3 days of reading a 600 pg book, you can see how into it I was while reading it and the whole book is action packed, keeping you entertained as you flip through the pages. Aelin's and Rowan's relationship builds and you have to be careful because its giving subtle hints for their future relationship. All I can say is this book is great, so as the previous ones in this series. I am onto the last book of the series, for now, and im quite sad and happy...