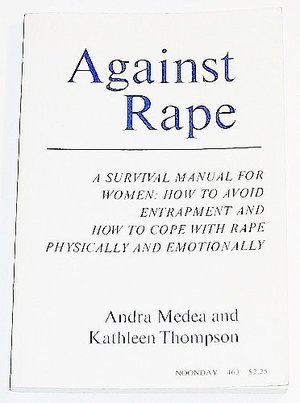 Andra Medea, Kathleen Thompson
Against Rape is one of the earliest texts on a delicate subject, a polemic-cum-survival manual as well a thoughtful study. In 1975 it broke the silence on rape, not only in the U.S., but around the world. It was the first book to look at the causes and patterns of rape in order to reduce its power in the minds and lives of women, enable women and men to begin to change a society that engendered it, and help women avoid and/or survive the trauma of rape. It is also a realistic and practical book, explaining how to recognize and avoid dangerous situations and giving instructions on various self-defense techniques and advice on what to do in the event of rape. It also considers the act of rape in context, discussing why it happens, what forms it can take, how it affects the victims and who the rapists are. It has been widely used in rape crisis centers and women's studies courses and was the primary text for Chimera, Inc.'s self-defense courses for women for more than a decade. It has had a major impact on the way our society deals with this crime