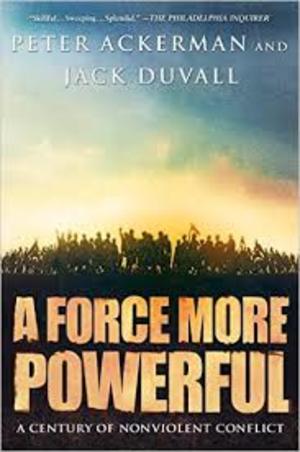 Steve York
Waging moral combat against an immoral war is examined in a new documentary by York-Zimmerman Films. This long needed film explores not the wars of one nation against another, not even of a nation against itself, but the warfare of the ruling elite against those who make up the vital backbone and even rightful center of a society. In A Force More Powerful: A Century of Non-violent Combat, the methods successfully used to fight back are examined and shown to be carefully crafted and excellently executed.