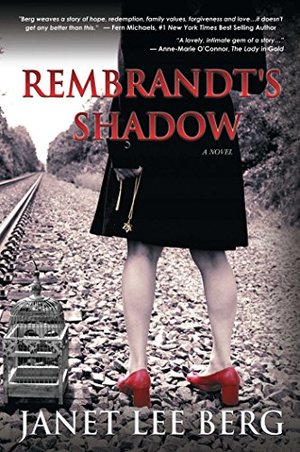 Janet Lee Berg
Sylvie Rosenberg escaped the holocaust—but can she escape the past? Angela Martino is haunted by events from her childhood and struggles to resolve her guilt. Can these two women from different generations reconcile their own turmoil—or pay the price of an even greater loss?  October 20, 1942. Benjamin Katz and his frightened family stand at the train station in occupied Holland, unsure if they would be taken to their freedom—or the death camp. Sylvie, his granddaughter, who was six years old at the time, would later recall the madness as they wondered if their desperate last minute escape would work. When the German officer received the order to allow the escape he said, “I would have much rather been given the order to kill all of you.” Their entire art collection had long made them a prime target of Adolf Hitler and his greedy henchmen. Now they had one big trade—a Rembrandt in exchange for twenty-five lives. Based on a true story, Rembrandt’s Shadow is the story of two women from different generations—each with their own distinct horrific memories—who find themselves at odds when forced to confront the here and now.