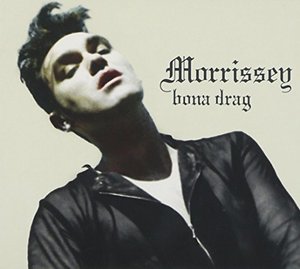 Morrissey
Bona Drag is a compilation album by Morrissey originally released October 1990. The album features an array of Morrissey's most popular songs from his early solo career, most of which had not been released on any previous album. The album name meaning nice outfit is an example of the subculture slang Polari explored further on the album's first track "Piccadilly Palare". Bona Drag will be available on 180gm 2-LP.