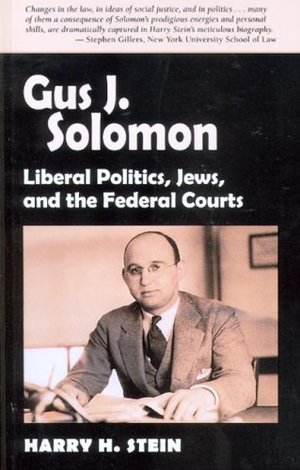 Harry H. Stein
From public power to civil liberties and equal rights, Judge Gus J. Solomon (1906- 1987) was a grassroots liberal leader who helped shape the way Oregonians live. After working for two decades as a legal and political activist in the 1930s and 1940s, he was appointed to the U.S. District Court for Oregon, where he sat as the longest serving federal judge in the state. Historian Harry H. Stein tells the story of the smart and combative figure against the changing backdrop of twentieth-century American law, politics, and life.