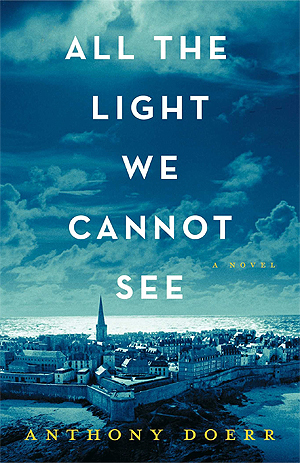 @overbookedmimi
Reviewed: 2019-09-22
Not a fast or easy read for me, this story is built on beautiful imagery and chillingly elegant prose. A different view of the effect of WWII. Such a Beautiful and haunting story.
@sharmas7
Reviewed: 2018-10-06
4
@linovariel
Reviewed: 2016-01-05

It was a great read. I picked it up towards the end of my summer break and finally picked it up again at the end of the quarter, and it was so easy to just get right back into it.

I thought that the two story lines, as well as the jumps in time, were great, and I loved that we repeatedly were suddenly reminded about the dire situations that both characters were in, all while the flashbacks went on to, bit by bit, help us understand how they got into such dire situations.

However, I did feel somewhat unsatisfied by the ending. Maybe it was because I hadn't picked it up in so long, but it felt as though, yeah it was a reasonable way to tie up all the story lines, I didn't get the payoff I expected after my emotional investment. Still, it was a great book.