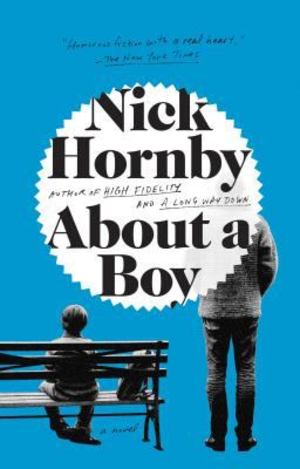 Nick Hornby
A wise, hilarious novel from the beloved, award-winning author of Funny Girl, High Fidelity and A Long Way Down.  Will Freeman may have discovered the key to dating success: If the simple fact that they were single mothers meant that gorgeous women - women who would not ordinarily look twice a Will - might not only be willing, but enthusiastic about dating him, then he was really onto something. Single mothers - bright, attractive, available women - thousands of them, were all over London. He just had to find them. SPAT: Single Parents - Alone Together. It was a brilliant plan. And Will wasn't going to let the fact that he didn't have a child himself hold him back. A fictional two-year-old named Ned wouldn't be the first thing he'd invented. And it seems to go quite well at first, until he meets an actual twelve-year-old named Marcus, who is more than Will bargained for...