For Country and Corps 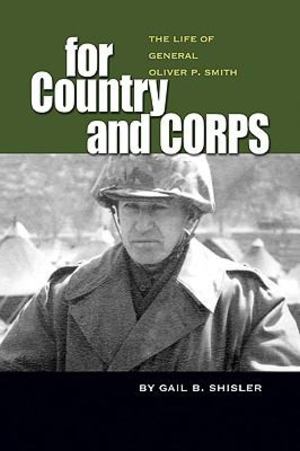 Gail B. Shisler
Oliver P. Smith fought at Peleliu and Okinawa and then commanded the 1st Marine Division in Korea during the assault at Inchon, the recapture of Seoul, and the breakout from the Chosin Reservoir. Called one of the twentieth century's great Marine leaders, Smith was known as an outstanding combat commander and a man of great intellect and moral courage. This biography, written by the granddaughter he helped raise, illuminates the general's remarkable life. It draws on interviews, oral histories and a thorough examination of letters held by the family and not previously available to researchers. Gail Shisler's investigation of Smith's relationship with his Army superiors in Korea and with his Marine Corps peers and superiors takes exception to previously published descriptions and adds new insights into the Corps' postwar battle for survival.