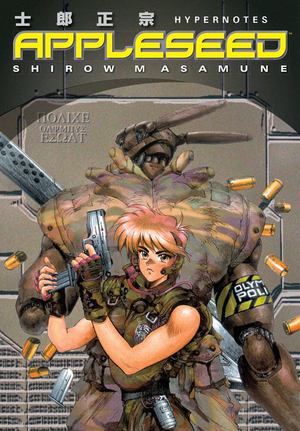 Dana Lewis (Translator), Toren Smith (Translator), Tomoko Saito (Contribution by), Shirow Masamune (Illustrator)
World War III is over, but for nomad soldier Deunan Knute and her cyborg lover, Briareos, the greatest challenge lies ahead. Not in the abandoned cities and DMZs of a post-war battlefield, but on the streets of a new utopia.' Shirow Masamune's visionary Appleseed is widely regarded not only as one of the lynchpin works of graphic fiction, but one of the most influential science-fiction stories in recent memory, culminating in the astonishing 2005 animated adaptation.'