Boy Who Dared, The 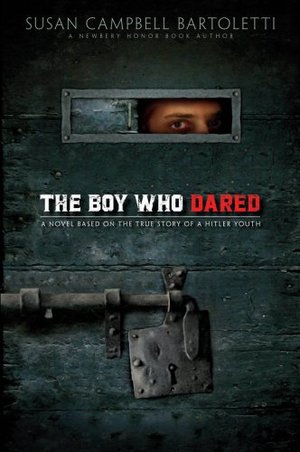 Susan Campbell Bartoletti
A Newbery Honor Book author has written a powerful and gripping novel about a youth in Nazi Germany who tells the truth about HitlerBartoletti has taken one episode from her Newbery Honor Book, HITLER YOUTH, and fleshed it out into thought-provoking novel. When 16-year-old Helmut Hubner listens to the BBC news on an illegal short-wave radio, he quickly discovers Germany is lying to the people. But when he tries to expose the truth with leaflets, he's tried for treason. Sentenced to death and waiting in a jail cell, Helmut's story emerges in a series of flashbacks that show his growth from a naive child caught up in the patriotism of the times , to a sensitive and mature young man who thinks for himself.