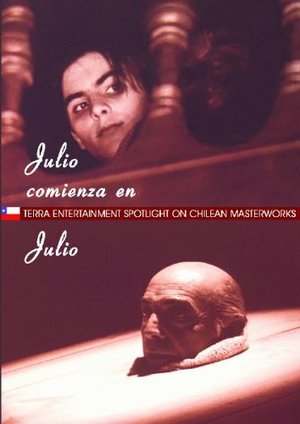 Silvio Caiozzi
This is the third release in Terra’s series, Spotlight on Chilean Masterworks. Silvio Caiozzi, now one of Chile's foremost directors, made Julio comienza en Julio under the Pinochet dictatorship when there was little production. In spite of that, the film has emerged as a timeless Latin American classic, beautifully composed with evocative sepia tones, astonishing locations, and lush sets that alone would ensure its survival. Set in 1917, this feature tells of a boy’s coming-of-age amongst the aristocratic, conservative, decadent upper classes. Julio Garcia Castano is a powerful, imperious landowner who is attempting to mould his son, also named Julio, in his own image. On the boy’s 15th birthday, he organizes a party and invites the local hookers over to "make a man of him." The plan misfires when young Julio falls in love with one of the girls, precipitating the ruthless intervention of Julio senior. Don Julio is ruthless as well in his dealings with the local church. His family once donated land to a neighboring monastery, but now Don Julio wants it back. Caiozzi’s atmospheric film effectively treats issues of social class, sex, religion and family. Selected for Cannes in 1979, Julio was named "Best Chilean Film of the Century" by the Municipality of Santiago in 1999. Directed by Silvio Caiozzi. Originally released in 1979. Spanish with English subtitles. 120 minutes.