Secret Life of Bees, The 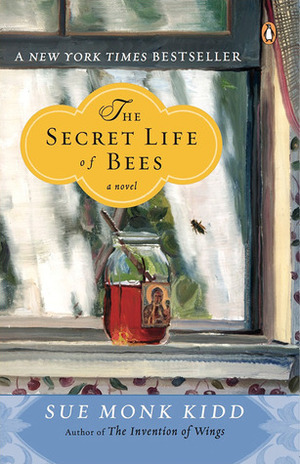 Sue Monk Kidd
Sue Monk Kidd’s first novel The Secret Life of Bees, a heartwarming coming of age tale set in 1960s South Carolina, a New York Times bestseller for more than 125 weeks, and a Good Morning America “Read This” Book Club pick Fans of The Help will love Sue Monk Kidd’s Southern coming of age tale. The Secret Life of Bees was a New York Times bestseller for more than 125 weeks, a Good Morning America “Read This” Book Club pick and was made into an award-winning film starring Dakota Fanning, Queen Latifah, Jennifer Hudson and Alicia Keys. Set in South Carolina in 1964, The Secret Life of Bees will appeal to fans of Kathryn Stockett’s The Helpand Beth Hoffman’s Saving CeeCee Honeycutt, and tells the story of Lily Owens, whose life has been shaped around the blurred memory of the afternoon her mother was killed. When Lily's fierce-hearted black "stand-in mother," Rosaleen, insults three of the town's most vicious racists, Lily decides they should both escape to Tiburon, South Carolina—a town that holds the secret to her mother's past. There they are taken in by an eccentric trio of black beekeeping sisters who introduce Lily to a mesmerizing world of bees, honey, and the Black Madonna who presides over their household. This is a remarkable story about divine female power and the transforming power of love—a story that women will share and pass on to their daughters for years to come.

@cedarwaxwing
Reviewed: 2022-01-05
Engrossing tale of a child's search for a mother.
@amslatis
Reviewed: 2021-07-05
A great, but slow read. Interesting how it emerged from a short story based on the first chapter. The internal/interior monologue and character is really well handled, as well as the sense of space and time. Curious how much religion is included -- hadn't remembered and didn't appreciate that as much. Such a cozy book overall.
@literarymary
Reviewed: 2020-06-30

"Privileged girl opens her eyes outside of her little bubble."

The character development was done very well. It was very distinguished each Boatwright sister even though there were three present and another mentioned. I really thought it was creative that the Boatwright sisters were named after spring ad summer months.

Lily's character was humorous as she is learning about the real world that she was kept from when she was living her father. I felt that Lily calling her father T. Ray instead of "Daddy," "Father," or "Dad" really exemplified their relationship. The mystery of Lily's mother's death was very intriguing and made you want to read more until you get to the end.

The romantic relationships in this book did not take over the book as many books do. It simply added another layer to the book. The only other thing that bothered me was that there was a lack of development between the friendship and romantic relationship between Zachary Taylor and Lily.

This book was my best friend throughout high school. I fell in love with the story from the first time I laid eyes on its pages. The movie is extremely wonderful as well, but start here. This is a page turner and will stay with you throughout the ages.